Search all the FAQs

The surface feels slippery – what can we do?

Generally, when a person is concerned about the paving appearing to be slippery, it is because the surface has got a slight sheen and the brain is warning that it may be slippery. In reality this is often not the case. Sealed paving is widely used throughout the world, not just on driveways and patios, but in shopping malls, shops etc. People are just as likely to slip on another surface as they are to on a sealed surface. Paving would not be sealed if it was potentially hazardous. Just to put it into context, when comparing a wet sealed surface to wet wooden decking, the area of sealed paving would have a significantly better Skid Resistance Value (SRV) than the wet decking. Equally, a surface which has been sealed is less likely to have algae, moss or lichens on it. It is often these growths, when wet, which produce a surface with a very low SRV, and so sealed paving is likely to have a better SRC than a similar unsealed area, which may have some growth on it. If you are concerned that the paving will be slippery because of steep incline, etc., than use AdSeal Low Slip Additive when sealing 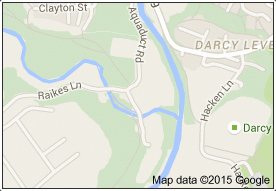